All aboard! Keeping a Cashiers Christmas tradition alive 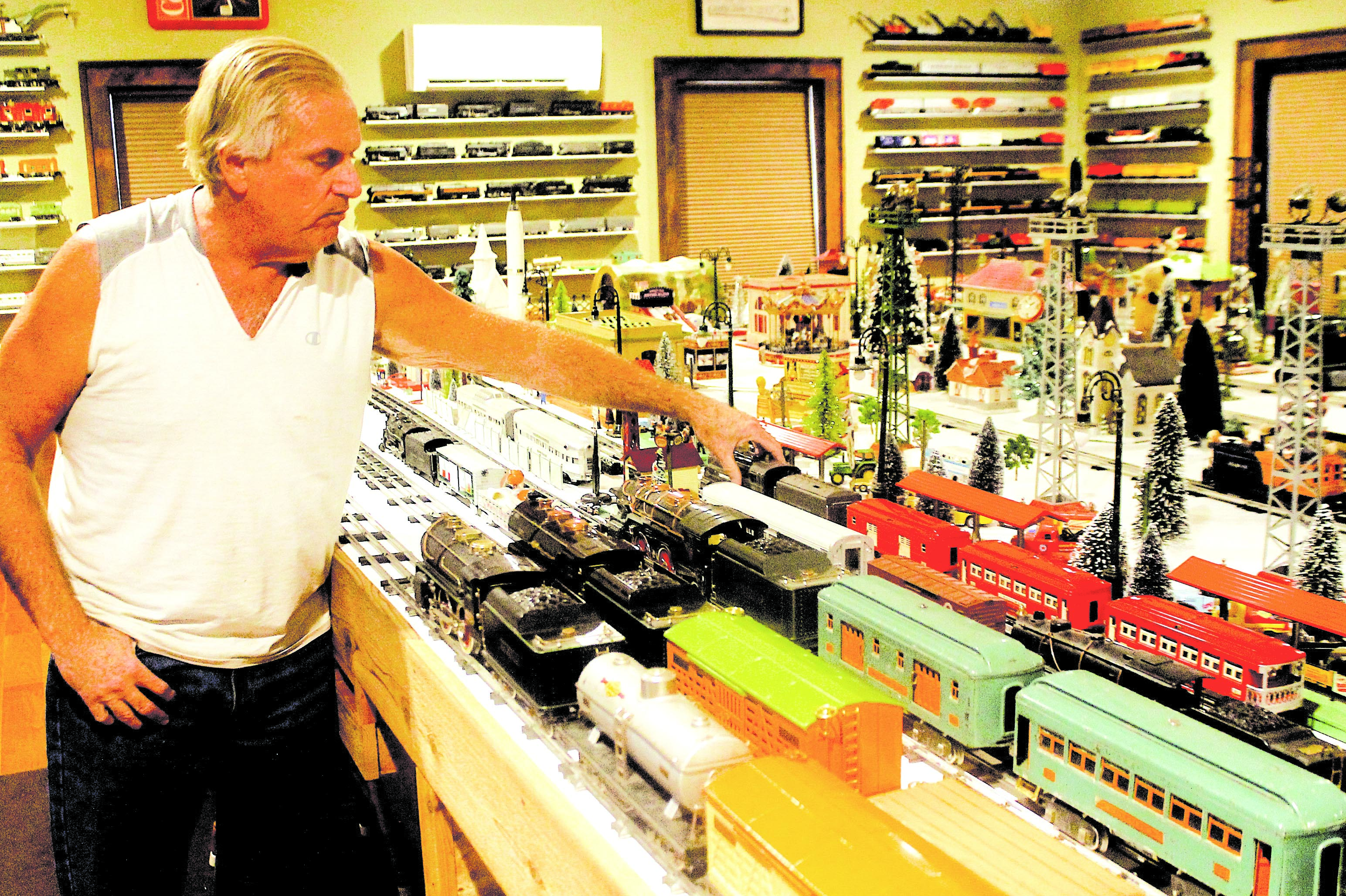 Deacon Cash, age 10 months and son of Tassie and James Cash of Cashiers, was the second prize winner, walking away with a 1954 Lionel steam engine with whistle tender and working caboose.

Dale West Jr. age 11, son of Dale and Dagmar West of Sapphire, was the third prize winner of a 1935 Lionel steamer and cars. Dale Jr. was sick and unavailable to attend the reception, Hicks said.

Ralph Hicks, Scooter’s Giveaway founder and coordinator, said each year they try to iron out a few more kinks in the process.

“We’re constantly learning how to make things better and run more smoothly,” Hicks said on Dec. 23. “But you can’t plan for the flu.”

Hicks is committed to keeping his Lionel trains authentic and 100 percent American. This is not easy work, given the passing of time.

Hicks said his goal is to have the refurbished trains leave the shop with the same materials they went in with.

“I want real Lionel train parts and American wiring,” he said. “I’m a strong buyer. If there’s a train out there we’re interested in it.”

All three prize trains are fully functional and come with tracks, transformer and a custom storage box.

“During the final days before the drawing, I worked from 3 a.m. to 7 a.m. trying to get the track restored,” Hicks said. “It took two years to refurbish these three trains.”

There are more than four years of train inventory left to be featured in future Scooter’s Christmas Train Giveaways, and Hicks is committed to keeping the tradition going.

Take next year’s train, for instance.

“It’s a really big project,” he said. “I’ve been working on this train for more than a year now.”

“The detail on this train is outstanding. We hope to be able to start painting the Pullman cars around May so as to be ready for Scooter’s Giveaway next Christmas,” Hicks said.

Scooter, the namesake of Scooter’s Train Giveaway, was Hicks’ best friend, a dog who had been injured after being hit by a car several years ago before he became part of the Hicks family.

Hicks said the lingering after effects of the injuries sustained ultimately became too much for the family dog to withstand. Scooter eventually passed on due to these complications four years ago and is now memorialized in Hicks’ train town.

“Scooter loved seeing the kids and loved the trains,” he said. “We keep his picture on the table where he can see the trains run past.”

Hicks said he hopes the trains will be something youngsters hold onto as they grow up, and one day, pass the trains down to their next generation.

“If they want to sell the trains, that’s fine,” he said. “Ultimately the trains will wind up in the hands of someone who appreciates its worth.”

Future plans in the works include a website and a second giveaway to military families, and of course, the restoration of the three Lionel trains earmarked for the  2020 Scooter’s Christmas Train Giveaway drawing.

“That’s why we started this,” Hicks said. “To spread our love for toy trains.”